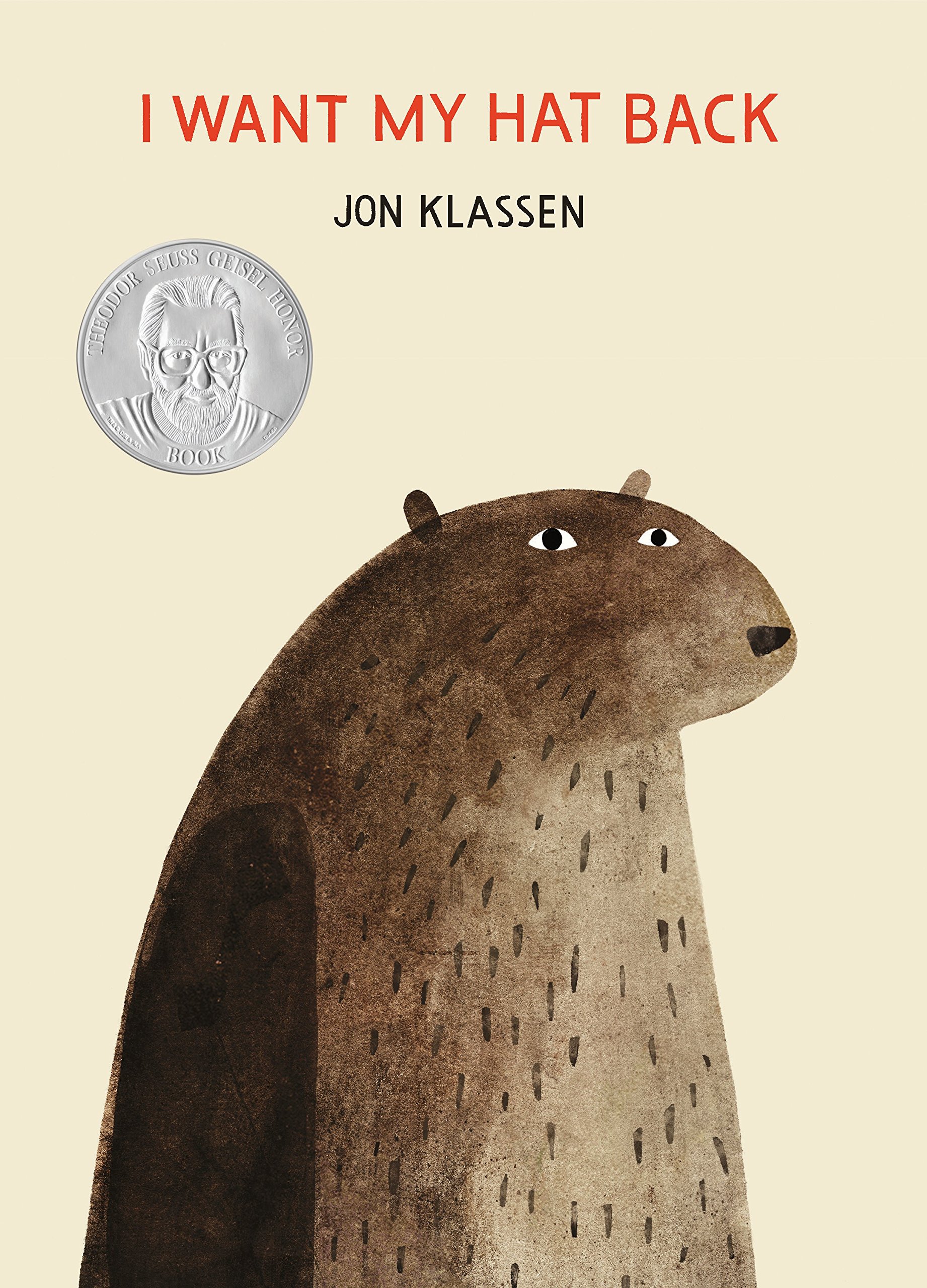 Publishers Weekly has announced their list of the best children's books for 2011.  There are a bunch on there that I still need to read but some that I really enjoyed this year made the list.

My fave of the bunch is I Want My Hat Back by Jon Klassen.  This seemingly simple picture books tells of Bear looking for his hat.  He asks all the animals if they have seen his red hat, even rabbit...who is wearing the hat!  Rabbit denies it and it takes a couple of pages for Bear to realize he has been bamboozled.  Well, watch out Rabbit because we all know how bears solve their problems!  A very subtle ending.  Bonus for all you Twitter fans or those who have no interest in the Twilight teams.  You can choose Team Bear or Team Rabbit and add a little icon to your Twitter account! Me, being a hat lover, obviously chose Team Bear.
Another winner on the list is The Chronicles of Harris Burdick: Fourteen Amazing Authors Tell the Tales. The original book, as I blogged on Halloween, is a series of illustrations and the reader gets to make up whatever story he or she chooses.  Now, some of the best of the best children's authors have written their interpretations.  (It really is an amazing line-up...if children's literature had a fantasy team like baseball and football, these would all be on my team!) I was excited about this so I read the one by Jon Scieszka, one of my favorite authors.  And even though I LOVE his story, I have to say, I liked it better when it could be whatever I wanted it to be.  I liked that each time I opened the book I could make a new story for each illustration.  Now I imagine his story, which is fabulous, but will always be the same.  Publishers Weekly addresses this in the list saying,

"Some might dismiss the idea of creating stories for the enigmatic illustrations in Van Allsburg’s The Mysteries of Harris Burdick as literary heresy. But really, that sort of imaginative extrapolation is the whole point of the earlier book, an exercise formalized in this volume with creepy, funny, and provocative entries from the likes of Sherman Alexie, Kate DiCamillo, Gregory Maguire, and Van Allsburg himself."