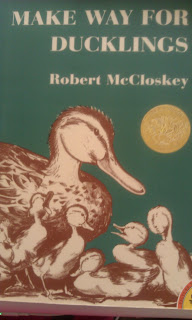 Happy (almost) New Year!  I have just arrived back in the city of eternal warm weather after a whirlwind tour of the east coast.  I loved every single second of my trip.  It was great to relax, visit friends, and laugh.

For the past 8 years I have made, and achieved, fantastic New Year's resolutions.  Sometimes they are open-ended.  One year my goal was to say yes to more things.  (That was the year I ran the Boston Half-Marathon with my friend Caitlin.) Last year it was to be confident in my decisions. Sometimes they are specific.  One year my goal was to travel more in the United States.

Well, this year I have thought long and hard about my New Year's resolution.  The last three years have been a constant back-and-forth, come-and-go, pack-and-unpack.  All the while I have been trying to decide what I really want out of this one shot at life.  All the plans, the ideas, the questions, and almost-answers have been in a jumble.

So this year I have decided my resolution is to put my ducks in a row.  My grandmother mentioned this to me when I visited her in Seattle about a month ago.  She said she was going to the doctor so they could "put her ducks in a row."  She suggested I do the same.  Wise words Grandma! In 2012 I will start to sort through all those snippets of ideas, take a hard look at what needs to change, stay confident in decisions, and start to make some sense out of everything.  Maybe I need to (gasp) travel less.  Maybe I need to stop moving.  Maybe I need to take more steps forward to get Alice, Ever After really going.  I haven't figured out all the details.  But, at the end of 2012, I will hope to have some ducks in a row.

And to this end, I have a book for you!  Of course!  This blog isn't actually about me, it is about amazing children's books.  And I have just the perfect book to match my resolution.

Make Way For Ducklings by Robert McCloskey was published in 1941.  In 1942 it received the Caldecott Medal for illustrations.  The story tells of two ducks who are looking for a place to raise their ducklings.  They settle in the Boston Public Garden but are concerned about the kids running around, the dogs, etc. This might not be the right place to hatch some eggs.  So they fly over the Charles River.  Soon after Jack, Kack, Lack, Mack, Nack, Ouack, Pack, and Quack are born, Mrs. Mallard leads them on the way back to the Public Garden.  Along they way, the friendly policemen of Boston help stop traffic and clear a path.

Make Way for Ducklings also has some fun trivia.  In 1987, a bronze statue was created to represent Mrs. Mallard and her eight ducklings.  It was placed in one corner of the Public Garden and is visited every year by thousands of passers-by.  In addition, Boston hosts the Duckling Day Parade every year for Mother's Day.  Folks can dress up like their favorite duck and waddle through the streets of Boston.  In 2000, a bunch of students from Canton, MA decided that Make Way for Ducklings should be the official book for Massachusetts.  They wrote up a bill, sent it to the legislation, and it was passed! Isn't it amazing how much impact one children's book can have?

I wish you all a happy and healthy new year.  Whatever your resolutions, or even if you are passing on that tradition this year, I hope you live it up in 2012.
Email Post
Labels: 2012 boston ducks new year resolutions robert mccloskey