On the Ninth Day of Christmas...Shane Evans

This summer when I attended the Simmon's College institute in children's literature. Throughout the weekend we were immersed in the best author talks, break out sessions, and mingling.  The weekend boasted some of my favorite authors, including Lois Lowry and Jack Gantos.  Our first presenter, however, was a man by the name of Shane W. Evans.

Shane is a young, African-American poet, writer, illustrator, and musician.  He started his presentation by recording himself performing different parts of a song, layering those on top of each other, getting us to sing with him, and then putting it all together.  It definitely got our attention.  In an industry that is seriously lacking in characters of diversity, Evans is one person leading the change. Through his children's books, his multimedia Dream Studio, or his ongoing project Africa Dream, Evans is making big waves in our world.  He is an inspiration for children everywhere to make their dreams come true and to grow up to become writers themselves.  Here are just a few of my favorites from this summer. 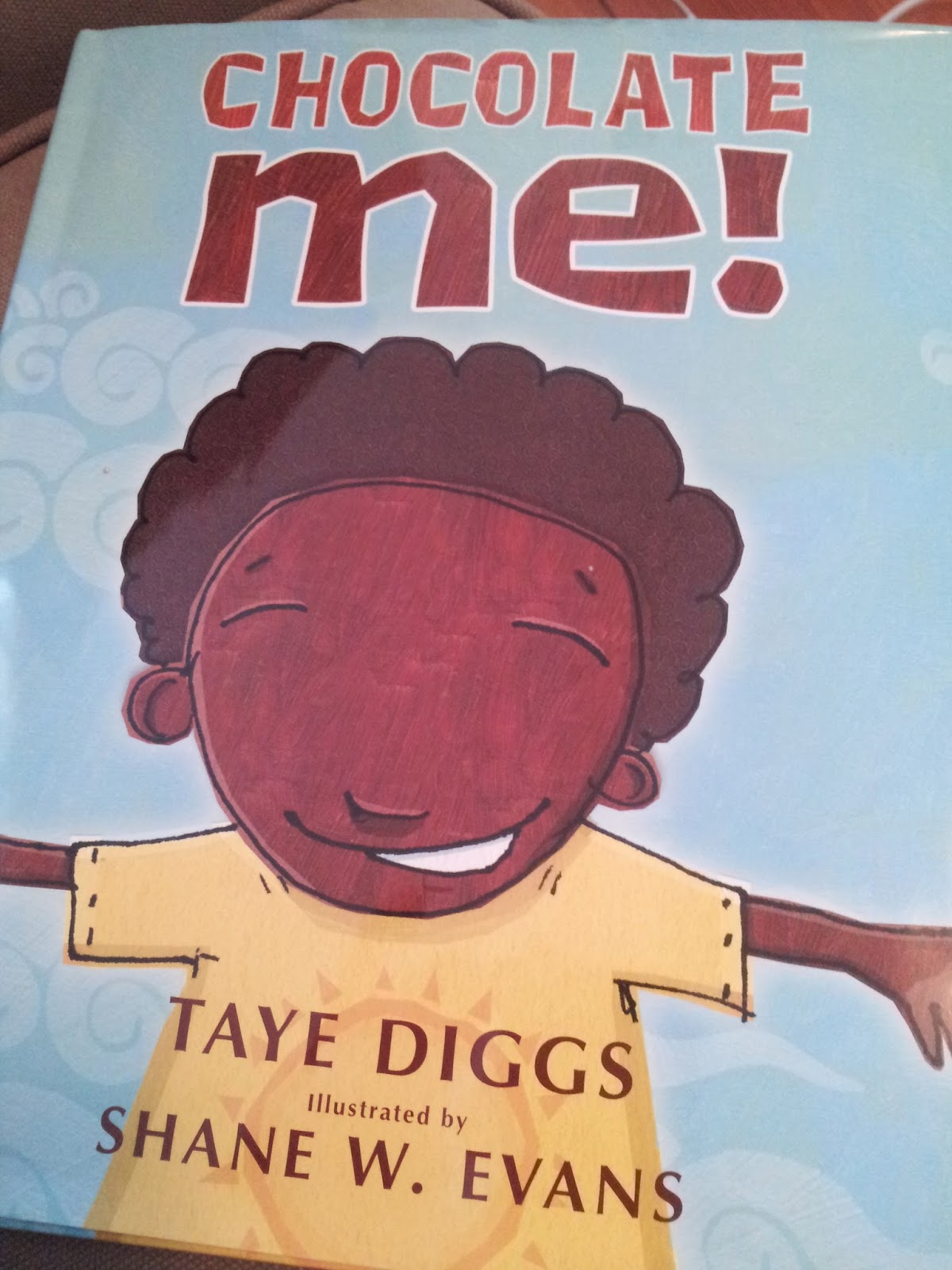 Chocolate Me! by Taye Diggs, illustrated by Shane W. Evans
My kids love this book because in 32 pages, it addresses the hurt young kids feel when their friends ask them why they look so different.  And in those 32 pages, kids will see that they should be proud of their diversity.  Yes, it is written by a celebrity and I usually don't like to promote those.  However, Taye Diggs happens to be Shane W. Evan's bff.  They went to college together in Rochester, NY and wrote this while they were there.  It is based off of Taye's own life experiences, and Shane is amazing, so I brought it to you anyway! 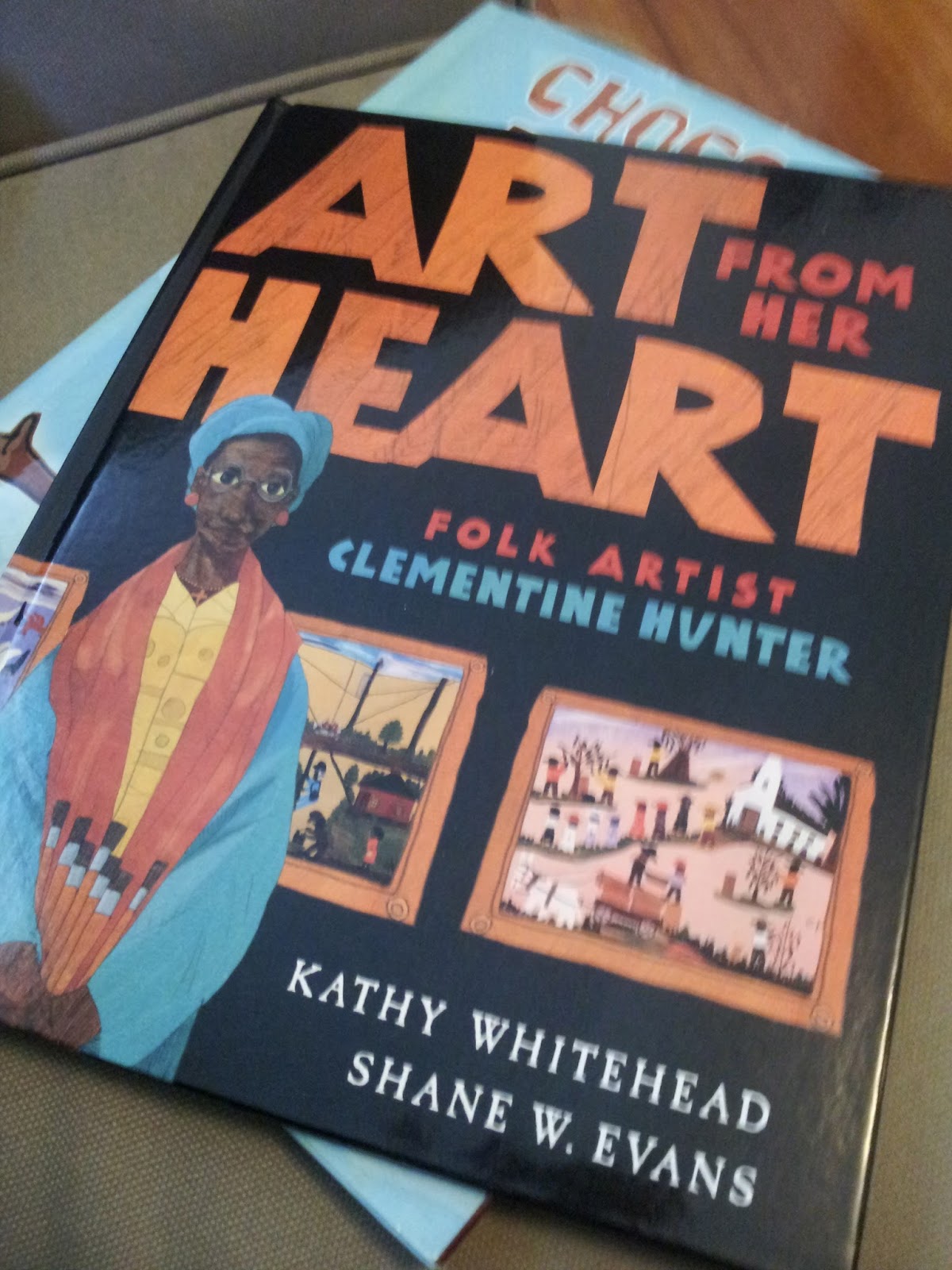 Art from Her Heart: Folk Artist Clementine Hunter by Kathy Whitehead, illustrated by Shane W. Evans
Shane Evans really is a master at illustrations.  The folk art of Clementine Hunter is brought to life through his illustrations.  Whitehead tells the not-so-often heard story of Clementine (pronounced Clementeen) Hunter.  She was a descendent of slaves and worked as a laborer on a plantation in the late 1800s.  Hunter  began painting with left over supplies from a guest at her owner's plantation.  As she gained popularity, she was rewarded with her own gallery show.  However, due to segregation laws at the time, she wasn't able to attend.  For your readers who have been inspired by movers and shakers of the past, but are looking for a new voice to be heard, check out Art from Her Heart.


Underground: Finding the light to freedom, written and illustrated by Shane W. Evans
Underground, in a few words and stunning illustrations, captures your heart immediately.  We see the transformation from dark to light as Evans tells the story of the underground railroad.   It also captured the attention of the Coretta Scott King Award, in 2011, when it won for illustrations, as well as the attention of School Library Journal, when it won for best nonfiction in 2011.
Email Post
Labels: art from her heart chocolate me clementine hunter kathy whitehead shane w. evans taye diggs underground