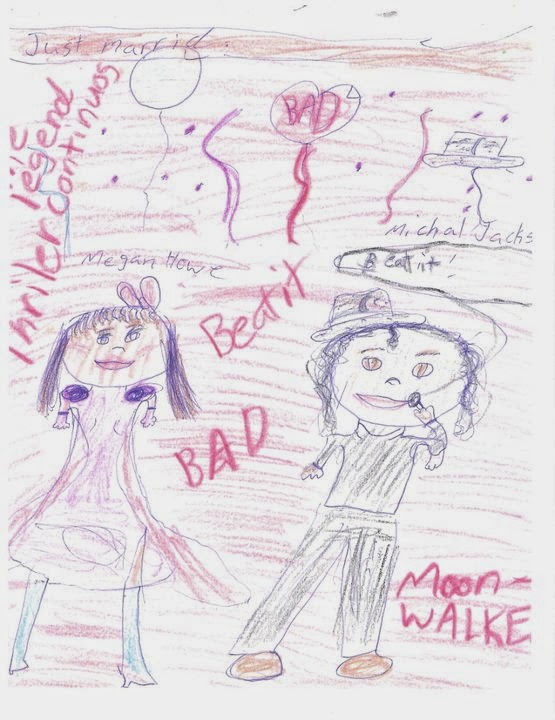 Don't forget folks...Porchfest is tomorrow!  Come to my porch and hear good music!

Now, on to the dancing.  This past week, Michael Jackson released a new album.  Right, well, sort of.  An album of previously unreleased songs was put out. XSCAPE not only debuted, but Justin Timberlake released a music video to go along with one of the songs and it is perfect for Dance Friday!  Perhaps you are one of the 6 billion who have already viewed it?  If not, here ya go!

There is so much love coming from this video.  For those of you who are new to the blog or may have forgotten, Michael Jackson was my first true love.  I am reposting our wedding picture just for you.  It's no wonder I am still single...those are some big shoes to fill!