Soundtrack to a Good Book 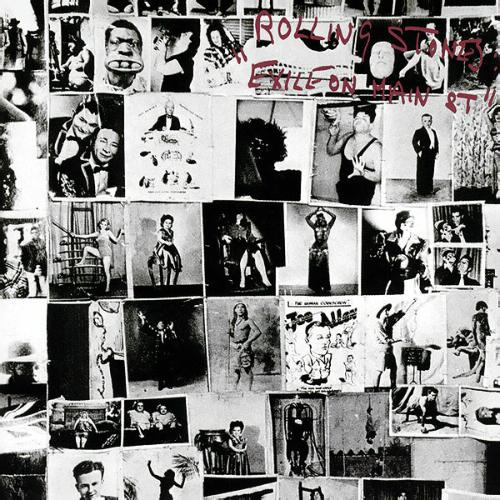 I've read two YA novels this summer that feature music as a major part of their story line.  Eleanor & Park by Rainbow Rowell claims romance with the Smiths playing in the background.  Grasshopper Jungle by Andrew Smith, which explores the notion of a young teenager genuinely confused by his sexuality while fighting off 6-foot tall killer praying mantises, repeatedly names Exhile on Main Street as the best album ever. (Side note: despite the seemingly strange plot line of Grasshopper Jungle I really liked the book.) This seems like something new, yes?  I did a quick Google search and found lots of YA books about music but nothing that mentioned music as a part of the scenery.

I wonder if Rowell and Smith wanted the music to tell us more about the characters or about the story.  I guess the marriage of music and story isn't new.  Many blogs I follow are now pairing music with words and recipes.  Spotify recently featured an ad for Zach Braff's new movie that asked listeners to create their own soundtrack for the film.  I like it in books, I think, as long as this new trend isn't an attempt to lure me into a future feature length film. (Or is it?? Ugh. )

It is an interesting notion, and one I think I like, to have a soundtrack go along with the book you are reading.  I listened to music mentioned in both books while reading and when I finished the books.  It made me curious about what music I would pair with some of my favorites. Maybe "Welcome to the Jungle" and Where the Wild Things Are? Lynard Skynard's "Simple Man" and The House at Pooh Corner?

What do you think?  Do books deserve soundtracks to carry us through the stories?  Is this a sneaky plot for YA fiction so they have a soundtrack when it goes to the big screen?  Or maybe this is a new way for "users" to interact with the world around them? Anybody read any other books with music influences?
Email Post
Labels: andrew smith books children's books eleanor & park grasshopper jungle music rainbow rowell soundtracks for reading