Yesterday was Selection Sunday (can't believe how that is now a part of my life) which means we are jumping straight into a month of amazing basketball games.  This year, in the book world, there were two award winning books that featured basketball.  One for older kids, one for younger.  I really loved them both.  These would be great selections for the little baller in your life or if you like really quality writing.


H.o.r.s.e, a game of basketball and imagination, written and illustrated by Christopher Myers won an award for best audio book.  A quick glance at the first few pages tells you that this story is just begging to be read aloud. It starts off as an innocent game of h.o.r.s.e, the basketball game in which the players have to match shot for shot.  Two young gentlemen find their way to the basketball court and start a game.  Pretty soon, the shit talking, pardon my french, amps up and the shots called get a little carried away.


Each player claims he will make one outrageous shot after another.  We're not talking over the shoulder, eyes closed, standing on one foot.  We're talking leaping over buildings, rebounding off planets, even Neil deGrasse Tyson gets involved a bit. I couldn't stop giggling as the two main characters try to one up each other.  And the art work?  Man, Christopher Myers has it going on. I loved the collage, mixed media, and the use of fonts and text to compliment the ridiculous feats of basketballing (I made that word up). 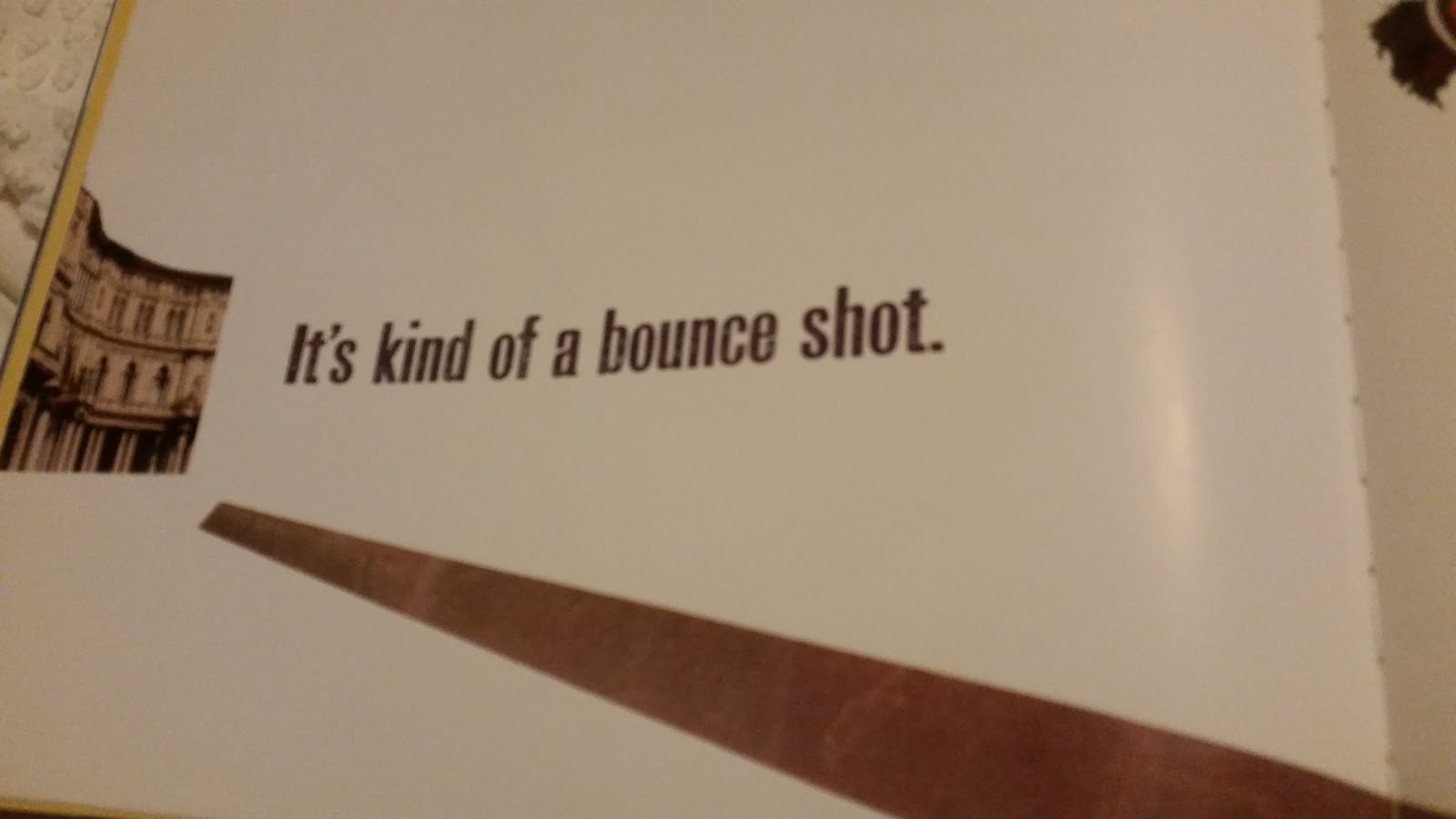 Next up is the winner of the Newbery Award, the award for the best writing in children's books.  The Newbery is the equivalent of best movie in the Oscars.  This year's winner was new for me in a lot of ways.  I had never heard of the author, Kwame Alexander, and I was happily surprised to find that a book "about" basketball won.  It certainly piqued my interest and I picked this sucker up right away.

The Crossover is unique in many ways.  Josh, the narrator, along with his twin brother JB, is a power house on the basketball court.  Their father is also a former basketball star so it makes sense that basketball is in their every waking moment.  Josh tells the story in verse.  He welcomes us into his world, one of determination, confusion, questioning, and some amazing basketball trash-talking.

The Crossover isn't just basketball and being a middle school boy. It also subtly addresses issues and aspects of life a young African American male faces in today's world.  Alexander doesn't shy away from the realities of a story not too often told in children's literature.  We get a glimpse when Josh's mother warns him about what happens to young black men with a temper, when Josh's dad is pulled over by the police, and also the universal struggle with a sibling who is no longer interested in sports, but also interested in dating. (yikes!)

Kwame Alexander presents a fresh voice and perspective in an industry trying to pave the way for more acceptance in our world.  A book about basketball, featuring African American twin boys, written in verse won the Newbery?  Damn I'm happy to be reading in 2015.