This was our last full day in Paris. The next day would be spent finding our way to the airport and then sitting for a long 7 hours and 50 minutes to get back to Boston. At this point, we had checked off so many things for Paris, it was really a free day to roam around.

On Day 2, one of our bartenders told us about an old train garage that had been turned into an open air market with restaurants, eateries, art exhibits, and more. Grand Train, I discovered, was only recently opened in Paris and was to close again in October. We made it just in time!

This was one of the most unexpected twists of our trip. I would never had known about this had we not Hemingway-ed the day before. I didn't read about it before because it was so new. Nobody I ever knew had been there.

We ate our way through a few hours of Grand Train. Chicken wings, pizza, beer, and dessert. People watching was spectacular and I took far too many pictures. If you go to Paris, check to see if this place is still around. It is spectacular! 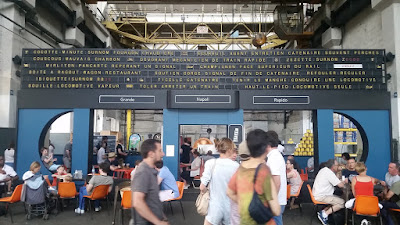 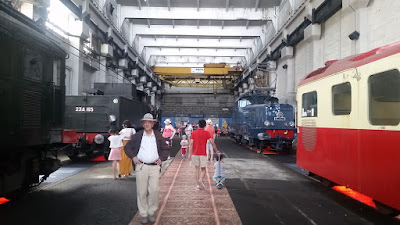 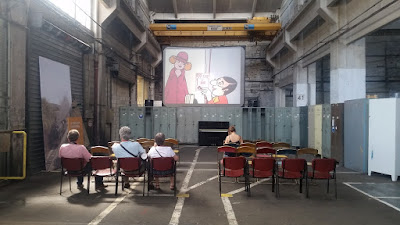 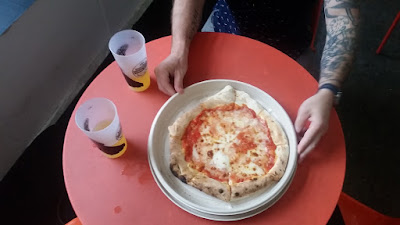 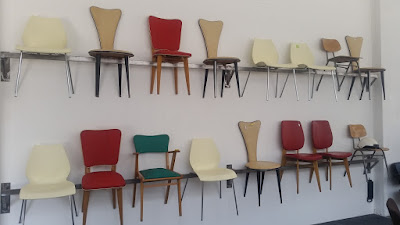 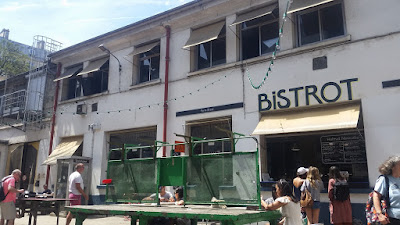 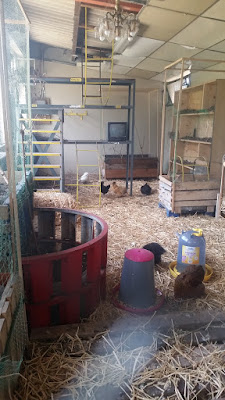 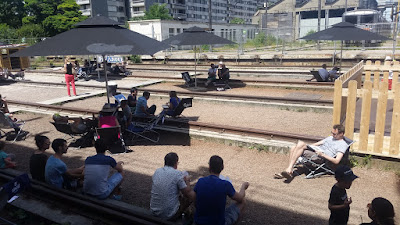 That night was the big game and our big dinner. Our bar manager friend in Boston had suggested Clamato, little sister to the Michelin rated restaurant Septime. We thought our chances of getting in to this no-reservation spot might be better if we timed it to when the rest of France was watching the final Euro Cup game against Portugal. 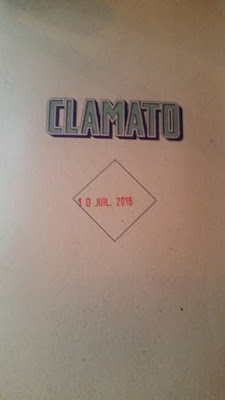 When we arrived, much to our delight, there were two barstools waiting for us. We devoured every single plate that came our way. The restaurant was small and exactly what my dream house would look like. As we were eating, a group of Americans came in and greeted the waitress with a "Hello again!" and I thought, woah, they are in-the-know.

"Hey," I said to the BF. "I think we know that guy. He might be from Boston or something? He looks familiar." Yeah. So that was Patrick Carney, of the Black Keys, eating with his new-ish (and scandalous) gf Michelle Branch. And then two other people who I think were probably somebody. I guess we picked the right spot!

After our delicious meal, we decided to end our trip with not another 3 mile walk and hopped on the Paris Metro. Here I got my final Paris dance in. We arrived home to watch France lose the Euro Cup and hundreds of revelers on our street go home.

The next day it was pack, grab breakfast across the street, and start the long journey home.

Biggest Lessons Learned
1. Rent a car so you can go anywhere
2. Skip Dijon go to Troyes
3. Take the scenic route
4. Bring more than one book
5. Get to know your local bartenders