Well folks, two years in a row now I have neglected my gift giving lists. My apologies! So here they are, my favorite books of 2016. If you still have gifts to buy for whatever holiday you celebrate, these are my top pics. I'm sort of organizing them by age but know that I think there is a little flexibility in those numbers. 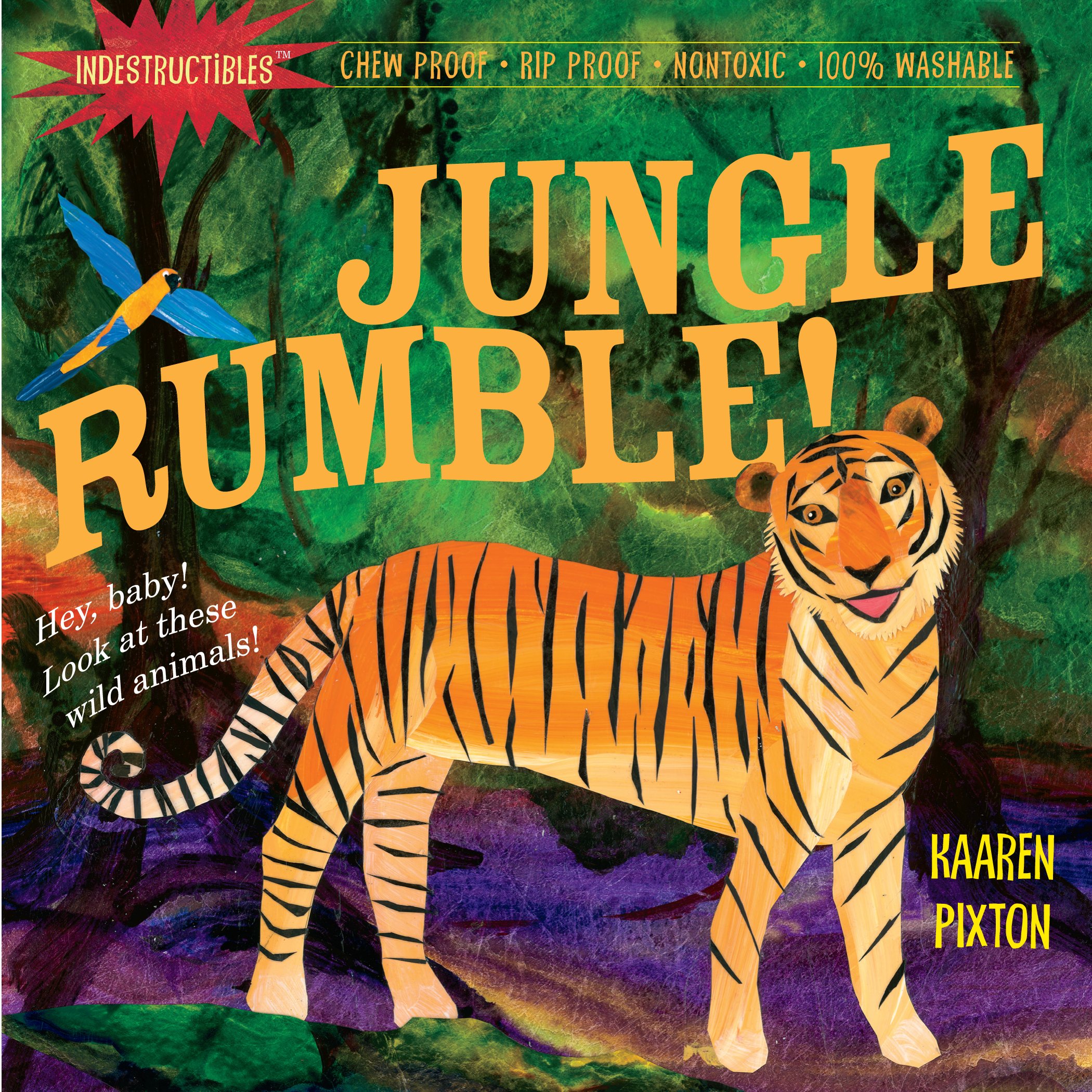 These short books introduce concepts with no words. But the best part? They are waterproof, tear resistant, portable (no hard bound covers here!), and meet safety standards. So when your little one puts that book in his or her mouth, like you know will happen, both book and baby come out happy in the end.

Carson Ellis has been an illustrator for some time but she has finally decided to start writing and we are all the better for it. Two of her books this year are among my favorites and kid-tested. My 5-year-olds read these over and over and over again. 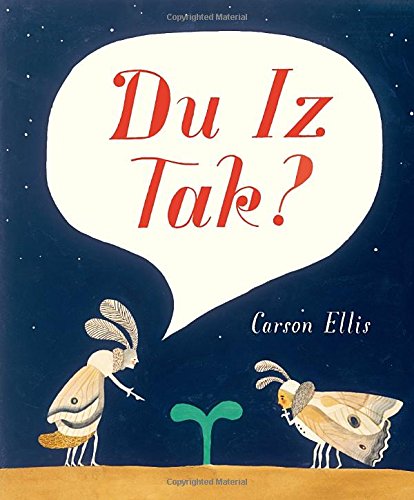 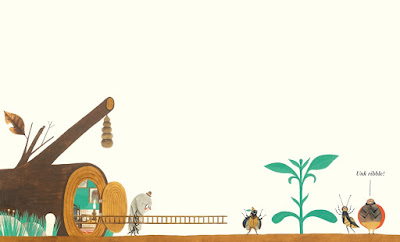 This most recent Ellis release is in a different language - the language of the bugs. "Du iz tak?" one bug asks another as he sees a green plant sprout out of the ground? Kids willingly do some deep thinking to translate the story. Ellis provides the right amount of context clues for kids to have fun with this one. Added to the dialogue-based story are the intricate details in the illustrations. Watch carefully to look for bug reactions when the plant grows, gets attacked, and keeps growing. This book quickly found its place in our "Class Favorites" basket in the library. 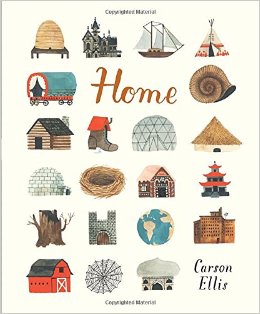 My heart was all a flutter when I first read this book.  A beautiful take on concept books, Ellis explores the wide real and imaginative world of homes. Igloos, apartments, castles, and even shoes are depicted in this book. A gorgeous introduction to diversity in homes without being didactic. Buy 12 of these and give them to everyone you know. 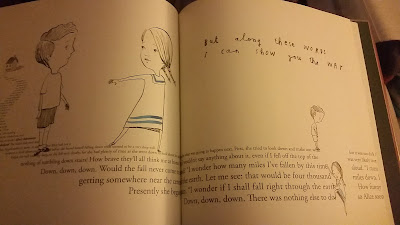 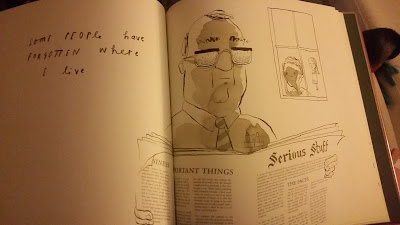 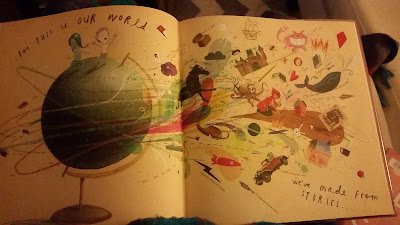 A Child of Books by Oliver Jeffers and Sam Winston

This is the perfect book for your young budding book nerd. Jeffers and Winston tell a story of a young girl who knows the magic of stories. Stories have taken her to far off lands with great adventures. All she wants is to take her friends on those same adventures. The simple story line telling of the love of literature is matched with mixed media illustrations. Jeffers' characters are completely recognizable in his unique style. Added to this are illustrations created out of words from some of the best loved books. Tree branches are made out of lines from folktales and fables. Waves, monsters, buildings - all made from typed texts. 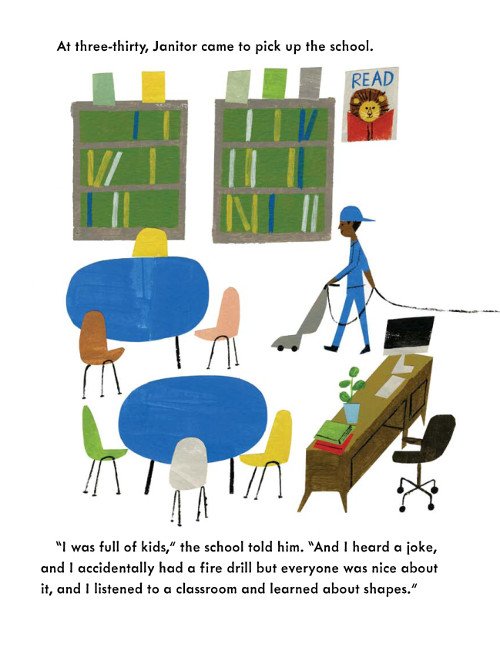 I discovered Jason Reynolds a little late in the year but so happy I did. His books add a much needed voice to the world of middle grade literature. As Brave As You

Brothers Genie and Ernie spend two weeks with their grandparents in the south while their parents try to save their marriage. Two weeks feels a lot longer when you are two boys from New York City. As you can imagine there is a bit of culture shock - their grandfather is blind, rural Virginia values are a bit different than the big city, and there are snakes. I am a sucker for stories about grandparents and this one will not disappoint. Castle Crenshaw, aka Ghost, is picked on at school because his clothes don't fit right and his family lives in a rough part of town. When he happens upon a track practice, his life is changed. Ghost hasn't been formally trained as a runner but he knows how to run. His father tried to shoot him and his mother and they had to run for their lives. With the help of his coach and new teammates, the Defenders, Ghost starts to form a new family. His life still holds a few ups and downs though. The best part of this book? It is the first in a series of track books. Great for those kiddos who want new voices and love series! 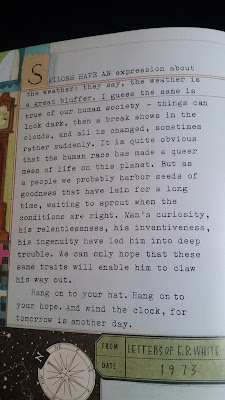 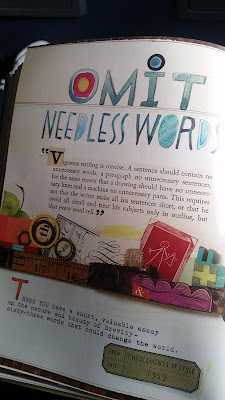 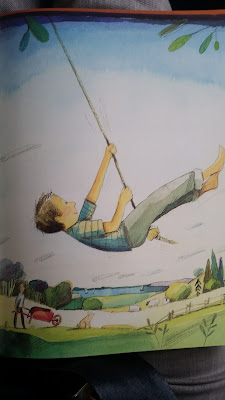 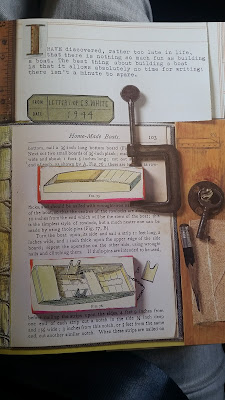 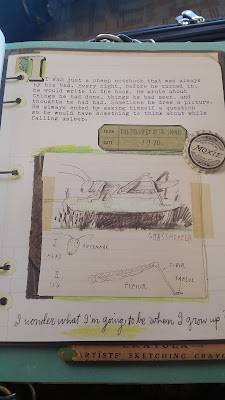 Some Writer: The story of E.B. White by Melissa Sweet

Melissa won me over with A River of Words, sealed the deal with The Right Word: Roget and his Thesaurus, and put me over the moon with her new book about the famous author of Charlotte's Web. White starting writing as a young boy and Sweet captures the essence of a childhood filled with adventures. And we are blessed with the beautiful collages Sweet is known for to illustrate White's life. I loved this book. I loved every single second of it. It inspired me to keep writing and to capture my own stories. 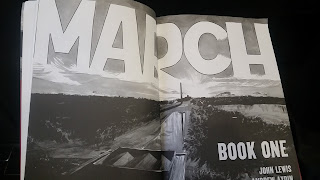 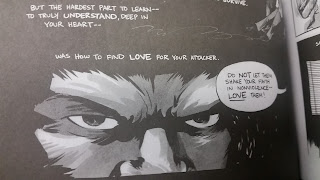 This new graphic novel series tells the story of John Lewis and his involvement in the Civil Rights Movement. John Lewis's moving memoir will inspire you to stand up for what you believe in. When John Lewis made the choice to join the civil rights movement, he knew he was putting his life in danger. Find your voice and your feet in this series and get ready to march. The War That Saved My Life by Kimberly Brubaker Bradley

World War II, London. Ten year-old Ada has been kept inside her entire life because her mother thinks her club foot is a mark of the devil. Ada watches in envy as her younger brother is able to leave the house while she is left to crawl around their small London apartment. Ada is often beaten by her mother and forced to stay in a cabinet as punishment. Ada finds resolve to teach herself how to walk. When bombs start to land in London, children are sent to the countryside. Ada, with renewed strength and the ability to walk, Ada steals away with her brother on his trip out of the city. Freedom is not as easy as Ada thinks and she learning to walk was just the beginning. The war saves Ada's life and this book changed mine. I think all adults should read this as well.
Email Post
Labels: carson ellis children's books e.b.white indestructibles jason reynolds march melissa sweet Oliver Jeffers school's first day of school the war that saved my life twelve days of christmas