How Well Do You Know Margaret Wise Brown? Beyond the Great Green Room

Mention the name Margaret Wise Brown and most people will think of the classic, Goodnight Moon. Those who enjoy reading classics might also know The Noisy Book, The Runaway Bunny, The Important Book, or even The Little Island published under her pseudonym Golden MacDonald.

I've recently happened upon two Margaret Wise Brown books that were completely new to me and that sent me down a rabbit hole (yes, a little nod to all her bunny books) to learn a little bit more.

Here are 10 interesting things I learned about Margaret Wise Brown and two books you might not be familiar with.

2. Brown wrote over 100 books and left behind over 70 unpublished manuscripts when she died.

3. Brown was never married but over her life had relationships with both men and women. Her relationship with Blanche Oelrichs, who went by her pen name Michael Strange, ended when Oelrichs, 20 years older than her, died of leukemia.

4. After she graduate from college she worked at Bank Street in NYC as a teacher. This is when she started writing children's books.

6. Goodnight Moon was originally banned from the NYC public library because a librarian found it "too sentimental." It finally appeared on the shelves in 1972, 25 years after it was published.

7. Goodnight Moon was based on two things: first, a childhood ritual of Brown's saying goodnight, and second a dream she had of that memory. She jotted down her dream when she woke up and now we all have this classic.

8. Working as an editor, Brown convinced Gertrude Stein to write a children's book.

9. After a successful appendectomy and bed rest, a nurse asked Brown how she was feeling. Brown replied, "Great!" and kicked up her leg to prove it. This, unknowingly, dislodged a blood clot in her leg, killing her within hours.

10. Brown wrote most of her books in Cobble Court, a home she shared with Michael Strange. Her other home, where her ashes were spread, is in Vinylhaven, Maine.

And now, two books for you.

I came upon The Dead Bird a few years ago when I did an author study of Christian Robinson. It seemed like a strange story but I was intrigued because of the author and the illustrator. Now, learning more about Margaret Wise Brown and her success in "here and now" stories, I understand that her mission was to help children see the world just as it is, however strange that might seem. 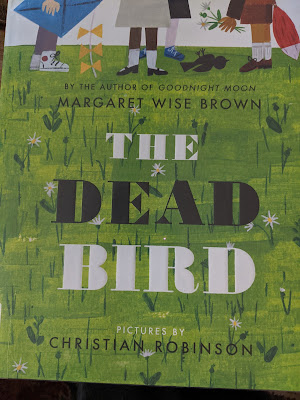 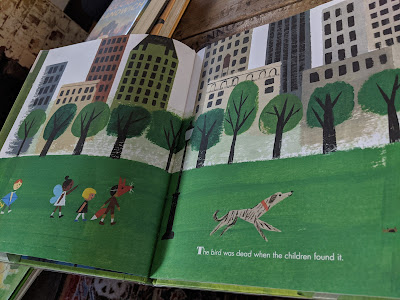 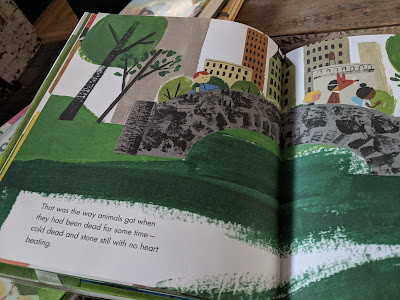 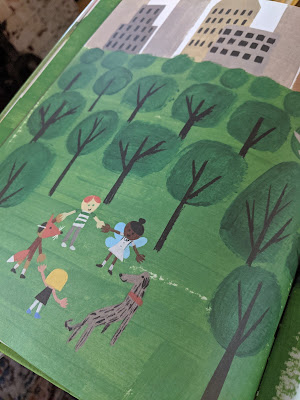 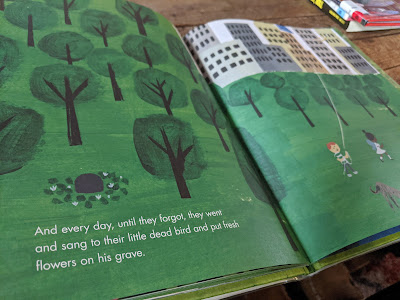 A few weeks ago Oscar and I saw a dead squirrel on the sidewalk near our house. He was intrigued by the squirrel and couldn't wrap his head around what happened to it. That week I added The Dead Bird to my list of books for the library. We must've read the book 20 times. My two favorite parts are when the kids sing to the bird, their song doesn't rhyme and sounds exactly like a song kids would make up, and at the end when it says the kids visited the bird, "every day, until they forgot." Again, that's exactly how it works with kids.

Oscar and I made up a song to sing to the squirrel that day. And we stopped and looked at it every day until we forgot. Yesterday, when Oscar's balloon popped and he experienced grief and death in his own way for the first time, we had a plan. We sang a little song and felt sad. The Dead Bird is a strange little story that is exactly the way it should be. (Note: Christian Robinson's illustrations are the bomb. I'll talk about those in another post for sure.)

We happened upon this little story, published for Little Golden Books, in one of the Free Little Libraries in our neighborhood. I admit, I was drawn in by the cover but I was shocked by the author. Margaret Wise Brown? Wrote a book about a pipe smoking dog?? Later, I learned Brown was pivotal in the evolution of the picture book and helped forge the careers of many illustrators, including Clement Hurd, Leonard Weisgard, Garth Williams (featured in Mister Dog), Esphyr Slobodkina, and many others. 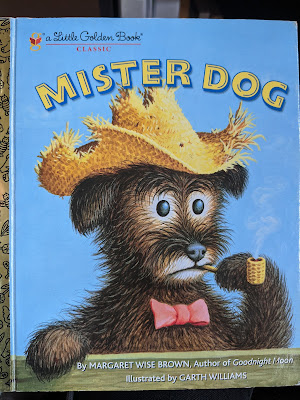 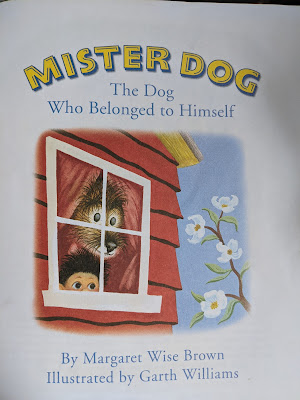 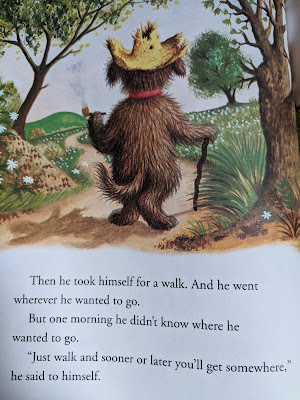 Oscar loved the book. I thought the book was strange. But that seems to be the norm for Brown, and life. Since she was known for writing "here and now" books about the world as it is, it only seems fitting. After learning more about Brown's life, especially her relationships, I think this is my new favorite book. Mister Dog, whose name is actually Crispian's Crispin (huh? right!?) is a dog who belongs to himself. He is set in his ways, he has his routines, and he travels the world doing whatever he wants to. One day he meets a boy, they decide to be alone together, and then the boy moves in. Not exactly something I would think a publisher would be chomping at the bit to sign. 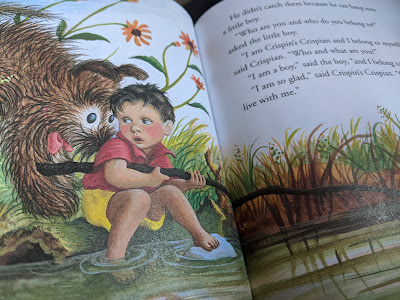 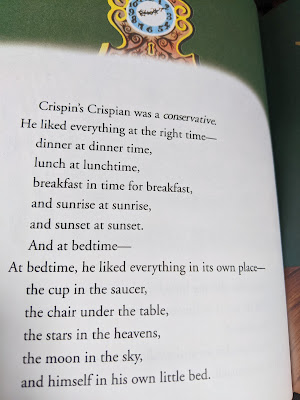 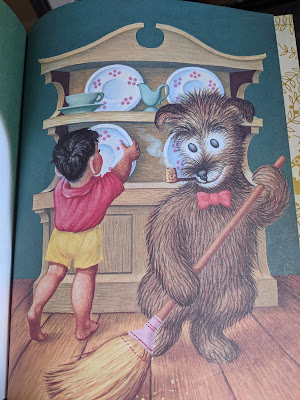 And yet. I learned about the many relationships Brown had, including one with a woman who wrote somewhat scandalous poetry in a time that was a lot less forgiving of those things. Brown, if she were alive today, might identify as bisexual. When her partner, Michael Strange (Blanch Oelrichs) died of leukemia, Brown wrote Mister Dog about her life living alone at Cobble Court, their home in NYC. One article I read described Mister Dog as a "thinly veiled autobiography."