Books with a Soundtrack: Kamala Harris

Kamala's win as Vice President-elect made me wish I had read Nikki Grimes's biography before the election. So when it was announced, the first time, that she and Biden won, I immediately put a hold on the book at my local library. In our last library haul, I picked up and read it with Oscar. Well, I skimmed it with Oscar and then read the entire thing myself. Oscar didn't have the patience to listen to all of Nikki Grimes's beautiful words. 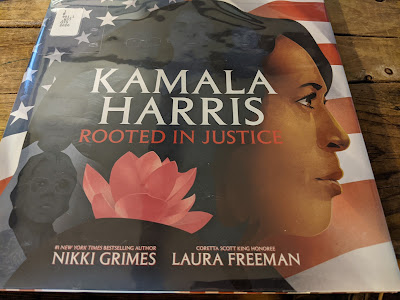 This book gives the reader a chronological history of Kamala Harris's life. However, the narrator is not the author, it is a fictional mother telling her daughter the story of Kamala Harris. The young girl comes home complaining about a student in her class who says she can't be president. Because the book was written before Harris's historic win, the story ends with Kamala stepping down from her run as president. Soon after the election, Grimes tweeted that the book is going back to press with updates. 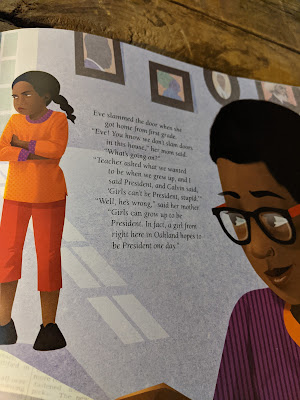 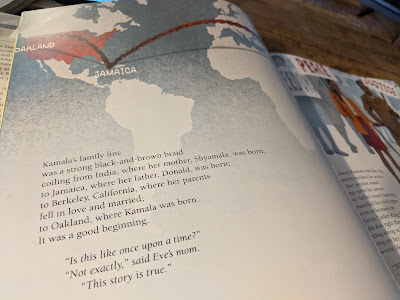 While Oscar wasn't too interested in all the details of Kamala's life, he was interested in the music mentioned in the story. On one page, the narrator describes how Harris's family visited the Rainbow Sign, a local cultural center that celebrated black art, music, books, and film. Apparently Nina Simone sang there and her song, "To Be Young, Gifted and Black," became one of Kamala's favorites.

It only seemed appropriate that we listen to Nina Simone and it was an amazing dance party. I recommend pairing your own reading of Kamala Harris: Rooted in Justice with Nina Simone's "Black Gold." 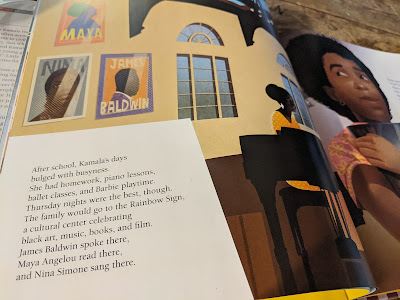