In March we honor women. Women's History Month began as just one day, started in 1981. Since then, it expanded to a week, and now a month. I am lucky to say that I am surrounded by women who deserve not just a month but a whole year. My two grandmothers, Mary and Blanche, are so different and yet so very dear to me. I know many folks whose grandmothers are tremendous figures in their lives.

So I'm starting Women's History Month with the story of a grandma. Zura's Nana was raised in Ghana. As a part of West African tradition, she has special tribal markings on her face. When Grandparent's Day comes up at school, Zura is nervous to invite her grandmother. What will the kids say about the markings on her face? Zura navigates the big feelings of wanting to belong, something so many kids can relate to. Nana shows up at school with a quilt that she uses to explain the markings and becomes a special part of the classroom community too. 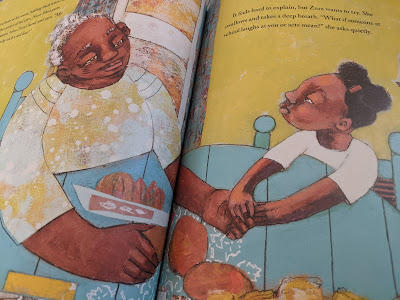 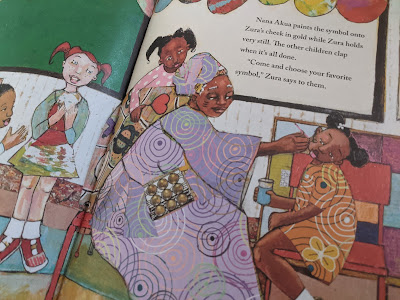