Tomi Ungerer has been in the children's book world for longer than I have been alive in the world. He published his first children's book in 1957. I discovered him with The Three Robbers and when I first picked up Fog Island, I didn't realize it was the same illustrator. 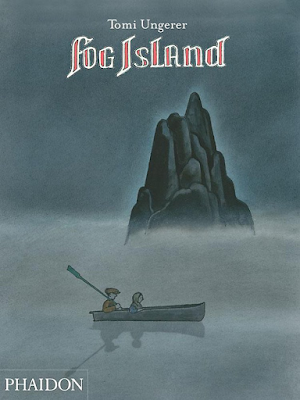 In Fog Island, Finn and Cara live a feels-tough-but-feels-like-home kind of life. They are warned by their father never to head to Fog Island because nobody who has ever gone there has ever returned. One night, they are lost in the fog and end up at Fog Island. They are welcomed into the home of the Fog King and have plenty of fun. The next day, the magic from the night before seems to have disappeared. When Finn and Cara finally make their way back home, there is a celebration. Nobody has ever returned from Fog Island! 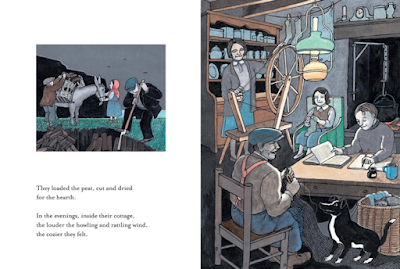 Ungerer is an Alsatian artist but moved to Ireland in 1976, dividing his time between Ireland and Strasbourg.  He said that this book was his homage to Ireland. When he died in 2019, he had published over 140 books. How's that for a repertoire?

Whether you are Irish, love Ireland, or just want to celebrate today and read a good book, this might be one that you hadn't yet heard of!

Disclosure: I am an affiliate of Bookshop.org and I will earn a commission if you click through and make a purchase.
Email Post
Labels: children's books fog island st. patrick's day