Ahhh, here I sit, 3rd snow day in a row, feeling like my February vacation has had a little sneak preview.  Life ain't bad folks.


Three days ago we got walloped with a pretty big storm, dumping about two feet of snow on my fair city of Boston. I spent that first day inside, catching up on rest and cheesy movies.  When the second day, yesterday, was called, I decided I should probably take advantage and catch up on some work.  I finished that and then headed downtown to wander through my favorite city and see how things were shaping up.

Three years ago you wouldn't have caught this LA girl outside in that stuff, it was all about staying inside and reading.  But when I moved back I sold my car (shoveling be damned!), moved into an apartment that hires folks to shovel our sidewalks, and bought the warmest gear possible.  This year my dad upped my snow gear by giving me some Sorrell snow boots for Christmas and those suckers have been just the trick to getting me out and about this winter.  I hate to admit this but...gulp...I am actually enjoying the winter this year!

After an hour of meandering through the winter wonderland downtown, I headed over to my BFF's house.  He and I have been pals since high school and I love that he is in the same city as me.  It doesn't hurt that he and his wife have an adorable little girl, Persephone, who I am obsessed with.  She calls me, or will call me when she can talk, Grandpa Meg.


I brought over some treats from my downtown adventure and then Marcus and I set out to relive one of our fond memories from high school.  Every year, our small town school hosted a winter fun day.  One of the best parts was the snow sculpting contest.  These kids killed it every year.  As a result, just like Liam Neeson in Taken, I have a very particular set of skills.

So Marcus and I drew inspiration from one of Persephone's toys, and one of the greatest children's books ever, and we created our very own, very snowy, Very Hungry Caterpillar. 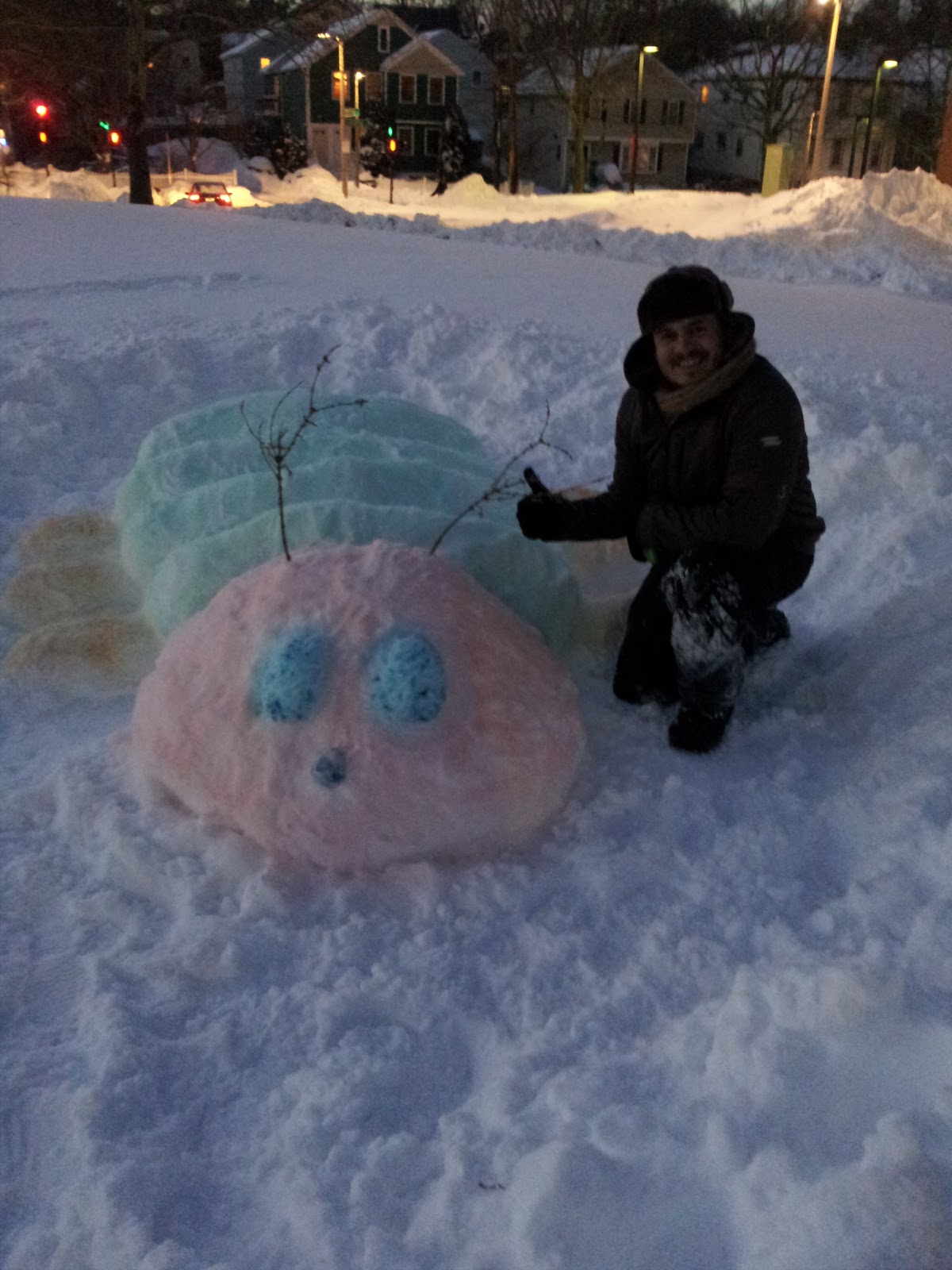 I'm willing to put yesterday as one of my favorite memories ever.  It was topped off when I found out that today was also going to be a snow day.  I'm throwing out miles of smiles over here folks!
Email Post
Labels: eric carle grandpa meg snow day the very hungry caterpillar